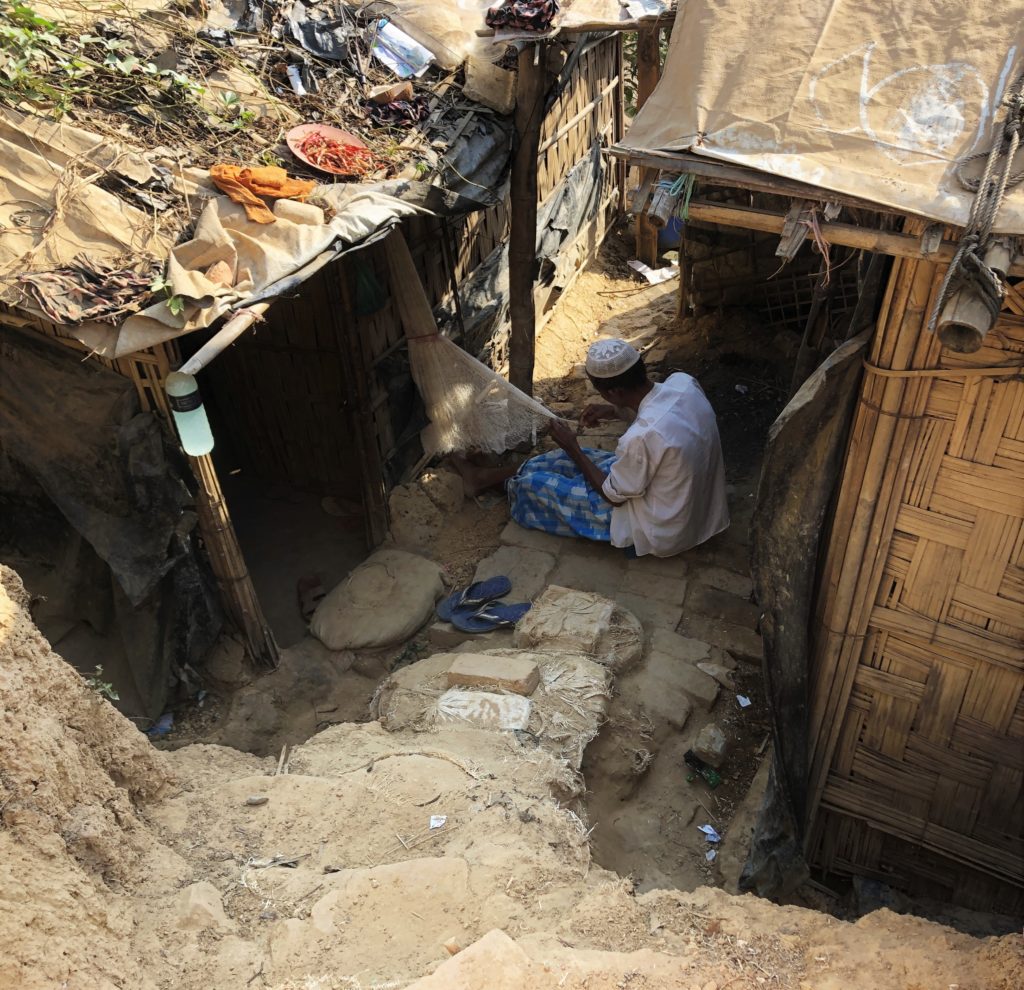 Ismael, a man in his upper sixties, is lying on the mat on the floor. Sweat is dripping from his face and his body is racked with coughs. His concerned family is gathering around him with worry lining their faces. In an effort to get him to the clinic, his son Rofiq and his daughter Nurhaba try to lift him. Ismael manages two steps and then sinks down to the floor. Weakness overtakes him. Rofiq realizes that it will be too difficult to get his father to the clinic. His sister urges him, “You work at the clinic. Ask them if they could come here and check father.”

Half an hour later, Rofiq was back with a nurse in tow. The nurse was immediately concerned. After checking him, he offered to call an ambulance to take the father to the hospital. The offer was met with silence. Finally, Rofiq spoke up, “Actually, we don’t want to be apart from our father. We want to care for him. And when he dies, we want to be sure the Quran is recited properly as he takes his last breaths. Then we will bury him.”

Although the WHO reports 30 Covid-related deaths among the Rohingya in Bangladesh, the number is likely higher. Like Ismael’s family, many people are reluctant to take their family members to the isolation centers. Some people believe that God is protecting Rohingya Muslims from Covid, some fear conspiracies and some don’t want to be separated from their family.

Starting in August, the Sinopharm vaccination is being offered to Rohingya people over 55years old. Even then, there are some rumors spreading and some Rohingya are hesitant to take the vaccine, the majority of eligible people have gotten it. So far, no further vaccination plan has been announced.

Unfortunately, the vaccination came too late for Ismael. He died. But his family’s wish was fulfilled. They were with him as he took his last breaths. And he could escape the sterile lonely burial provided by the isolation center.

Instead, his family lowered him into the ground with care.