The Rohingya are a Muslim minority that have lived in Rakhine State (historically known as Arakan) for generations. The history of the region is complex, and not easily summarised. The overview below gives a snapshot of some of the key dates and events that have taken place. 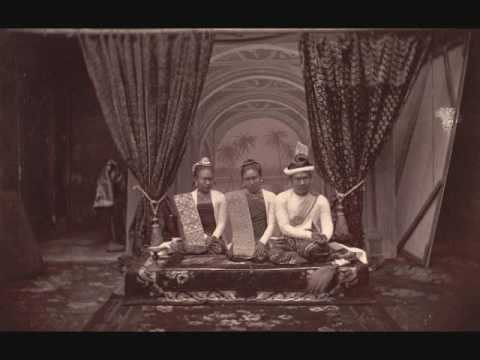 The first historical reference to the Rohingya was in 1799, where Francis Buchanan-Hamilton published his research “Comparative Vocabulary of Some of the Languages Spoken in the Burma Empire”. The book was a survey of the languages spoken in Burma, and also provided important data on the ethno-cultural identities and identifications of the various population groups. [1] 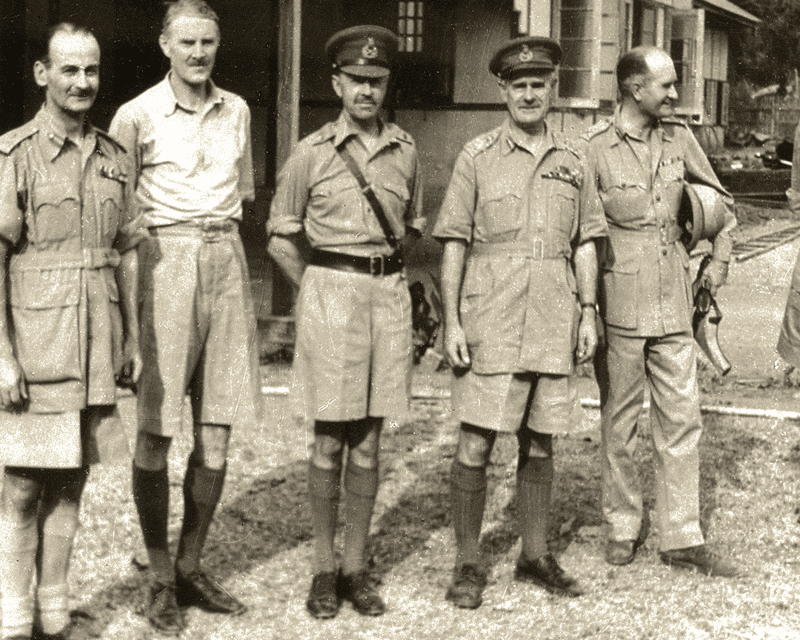 During WW2 the Japanese army invaded Burma and the British withdrew to today’s Bangladesh. In the resulting vacuum many thousands of both, Muslim Rohingya and Buddhist Rakhine were killed in Arakan. [2] 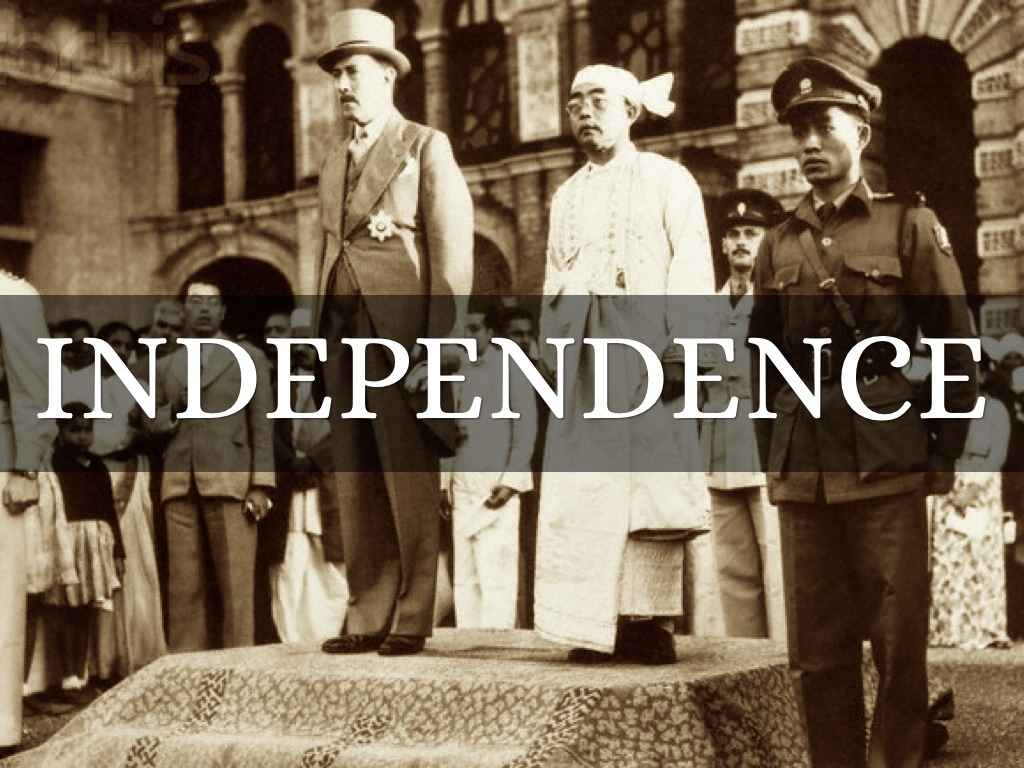 In 1948, Burma became an independent republic, named the Union of Burma. Sao Shwe Thaik was its first President and U Nu became the first Prime Minister. The new government passed the Union Citizenship Act, acknowledging Rohingya as full citizens of Burma, giving them all the associated benefits. Politicians referred to the ethnic group by the name ‘Rohingya’. [3] 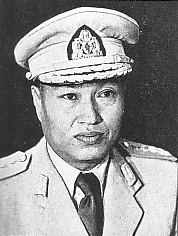 A coup d’etat in 1962 saw General Ne Win come to power. His new regime suspended the constitution and dissolved the legislature. Since this time, successive Burmese governments have claimed that the Rohingya are not from Burma, but are Bengalis who illegally migrated to Burma during British colonial times. Military rule resulted in the oppression of the Rohingya. Overt policies of exclusion such as Operation Nagamin (1977) aimed to “scrutinise each individual living in the state”, “designate citizens and foreigners in accordance with the law” and “take actions against foreigners who have filtered into the country illegally”. The Rohingya were brutally targeted and over 200,000 thousand people fled to neighbouring Bangladesh. [4] 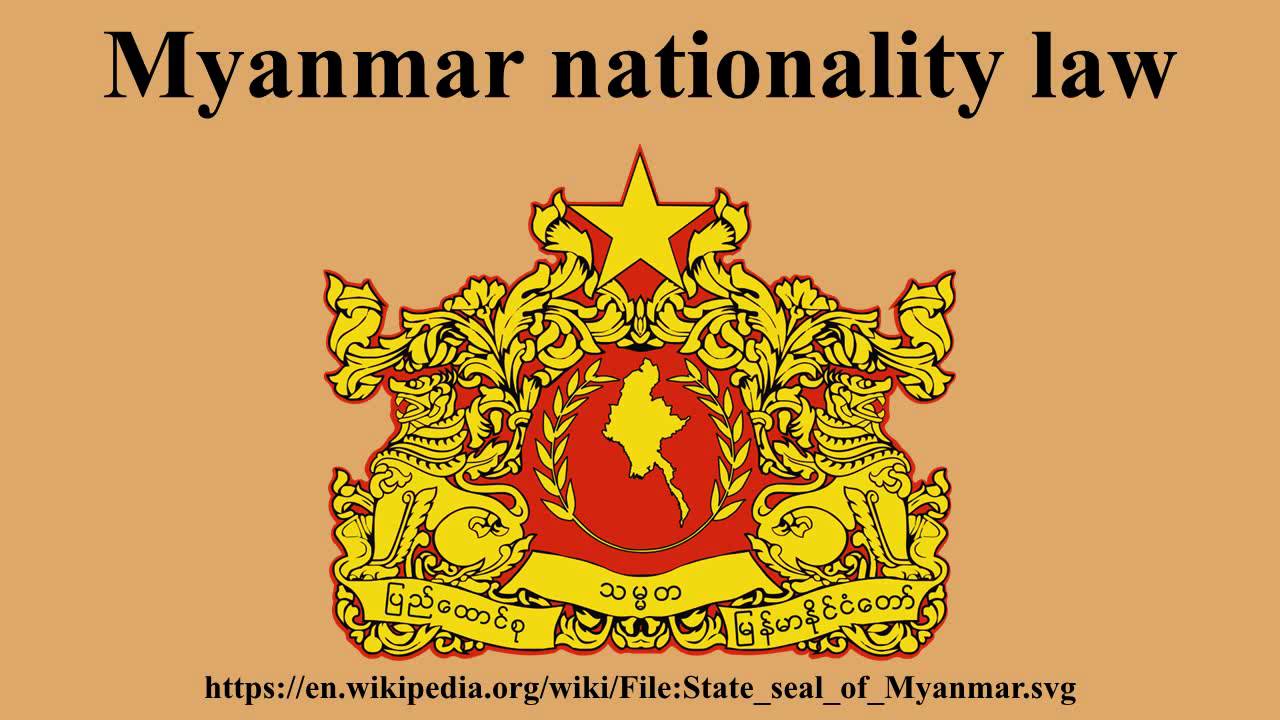 In 1982 the Burma Citizenship Law was passed, excluding Rohingya from the country’s list of acknowledged 135 “national races”. They were stripped of any remnants of citizenship and effectively made stateless. Rohingya were denied access to education and employment, and faced unacceptable restrictions on movement, marriage, and having children. 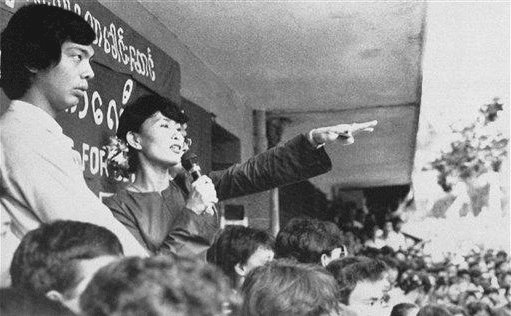 Further persecution in 1991 forced over 250,000 Rohingya into Bangladesh. These refugees reported widespread forced labour, summary executions, torture and rape at the hands of the Burmese military regime. [5] 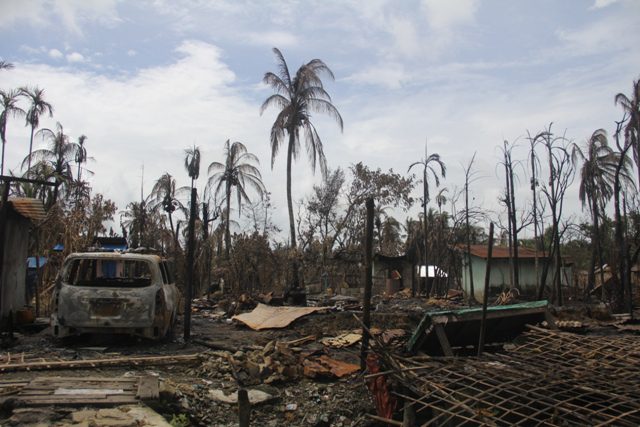 In June 2012, widespread violence broke out in the region as tensions rose between the Buddhist Rakhine and Muslim Rohingya. The government failed to intervene and the violence escalated. Credible reports of targeted attacks and other human rights violations against the Rohingya by the Burmese security forces started to emerge. [6] On 12 July 2012, President Thein Sein openly blamed the Rohingya for the troubles in Rakhine, stating that the only solution to the violence would be to send the Rohingya to other countries or refugee camps. Almost the entire Muslim population of Sittwe was relocated into IDP camps where the remain to date. Movement for Muslims in Rakhine was further restricted. 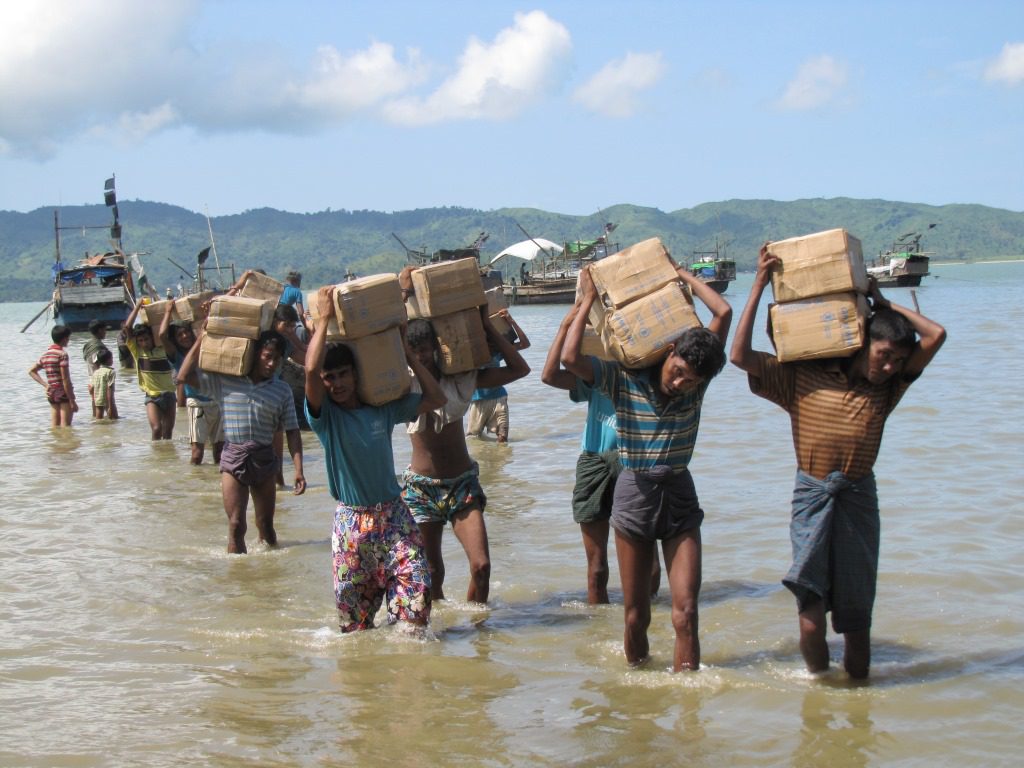 The plight of the Rohingya was confirmed in 2014 the first nationwide census since 1983 excludes the entire Rohingya population. The government officially recognises 135  ethnic groups, but the Rohingya are not included. [7] 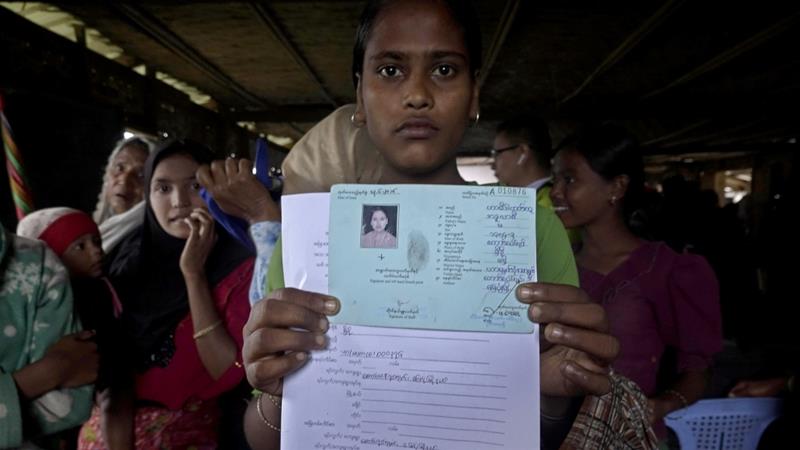 Use of Name ‘Rohingya’ banned

Aung San Suu Kyi told the UN special rapporteur on human rights that the government will avoid using the term “Rohingya” to describe a persecuted Muslim minority in the country’s northwest. [8] On 22 June, 2016, Aung San Suu Kyi banned government officials from using the name Rohingya in an attempt to ease tensions between the country’s majority Buddhists and minority Muslims. Instead she encouraged the term “people who believe in Islam in Rakhine state”. [9] 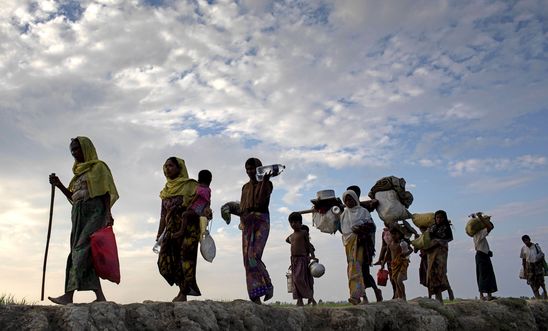 On 25 August, 2017, a fresh outbreak of violence led to a mass exodus of Rohingya from Rakhine state. Rohingya insurgents armed with knives and home-made bombs attacked more than 30 police posts in northern Rakhine [10]; this led to a severe military crackdown. Terrible stories of mass murder, rape and torture followed. Rohingya accused the military, backed by local Buddhist mobs, of burning their villages and attacking and killing civilians. Myanmar’s military denied targeting civilians, and insists it is fighting only Rohingya militants. An estimated 655,000 people are said to have crossed the border since August 2017. The UN says the Rohingya’s situation is the “world’s fastest growing refugee crisis”. 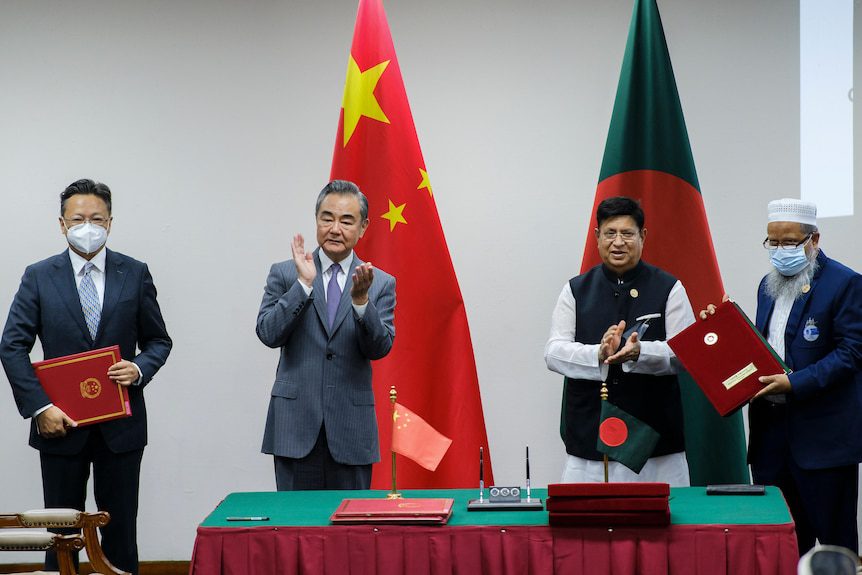 Diplomatic talks between Myanmar, Bangladesh, and China take place. The aim is repatriation, but no agreement made amidst fear for Rohingya safety. The Rohingya state they will not go back without guarantees of rights now denied to them, including citizenship and freedom of movement.

In December 2020 the Bangladesh government begins to move Rohingya refugees to the remote island of Bhasan Char. This low lying silt island in the Bay of Bengal has inadequate storm and flood protection, putting those on the island at significant risk. The government sees this as the solution to overcrowding in the refugee camps in Cox’s Bazar. It plans to ultimately to relocate 100,000 refugees to the island. 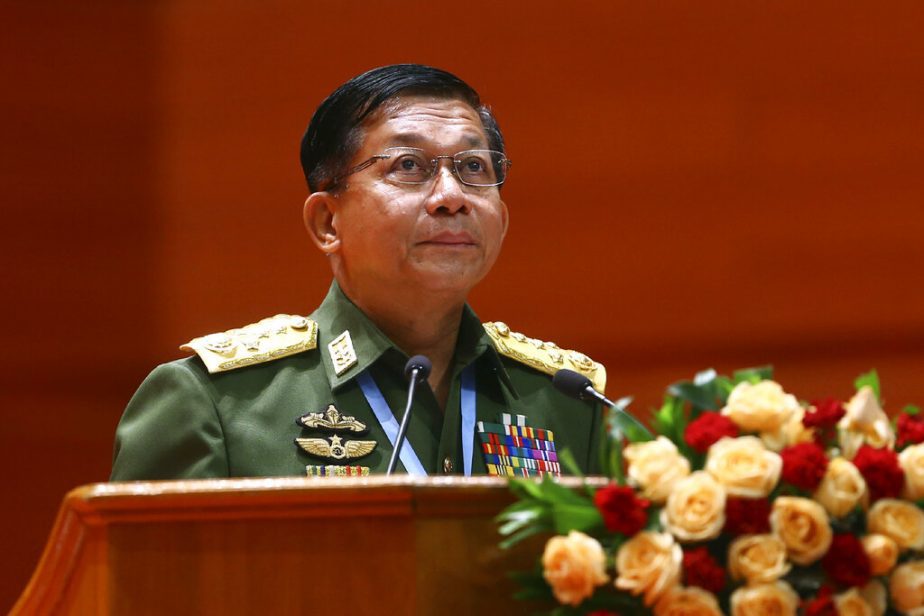 The military take back control

On 1 February 2021, a Coup d’Etat by Burmese military ousted the civilian government. The population across the country rose peacefully against the new dictators, who in turn cracked down on the demonstrators with brute force. Over 1700 people were killed, more than 10,000 arrested [11]. Many demonstrators have publically expressed solidarity with the Rohingya. Democratic forces formed the parallel National Unity Government (NUG) which introduced a “People’s Defense Force” who is waging a civil war against the junta. The NUG issued a statement calling for repealing of the 1982 citizenship law and for citizenship for Rohingya [12].