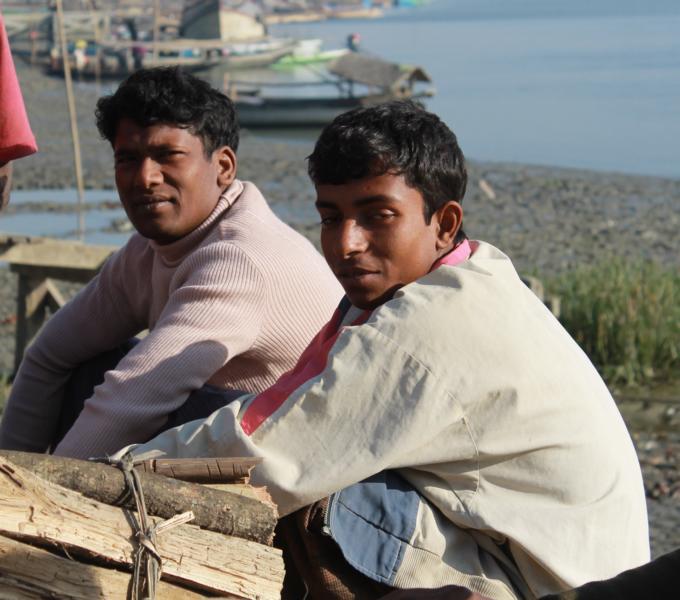 Tayub greets me with a big hug, saying: “You are my family in Malaysia – you are like my big brother! You have shown me kindness and helped me.”
Tayub arrived alone in Malaysia as a 15 year old boy. His journey and short time in Malaysia had been deeply disturbing and distressing. His family borrowed 1,000 US dollars against their home to send their son to Yangon; they made a commitment to repay the loan within three years. In Yangon he was held and locked in a room for a month until his family could
pay more money for his release.

In Malaysia Tayub managed to find a job on a large construction site. Because of his young age he was able to register quickly with the UNHCR, ensuring him a basic level of protection. Months later he moved to another city, where he now works long hours in a shop with only one day off a month. He still messages us regularly.

Each month he faithfully sends most of his salary to support his family in Myanmar. It is three years since he saw his mother and father, or any family members. Being far away from family is one of the things our Rohingya friends say is the most difficult; their culture has such strong family ties.

A few months ago Tayub messaged me with great excitement because his younger brother was coming to join him in Malaysia. He was praying for his safety and delighted that he would soon be reunited with his brother. His excitement was soon replaced by worry and concern as he learnt his brother had been arrested in Thailand.

There was no news for a number of weeks. Contact was eventually made and Tayub knows his brother is being held in a Thai detention centre. The dream of being reunited with his
brother is on hold for now – it is unknown what the future holds.

Please pray:
1. For safety for the Rohingya who are arrested on the trafficking route to Malaysia
2. That Tayub would know the Father’s love and peace as he awaits further news about his brother.
3. For justice – that the traffickers would stop exploiting vulnerable people.
4. That the UNHCR would be able to work across borders and help people be
released from detention centres and reunited with their family.