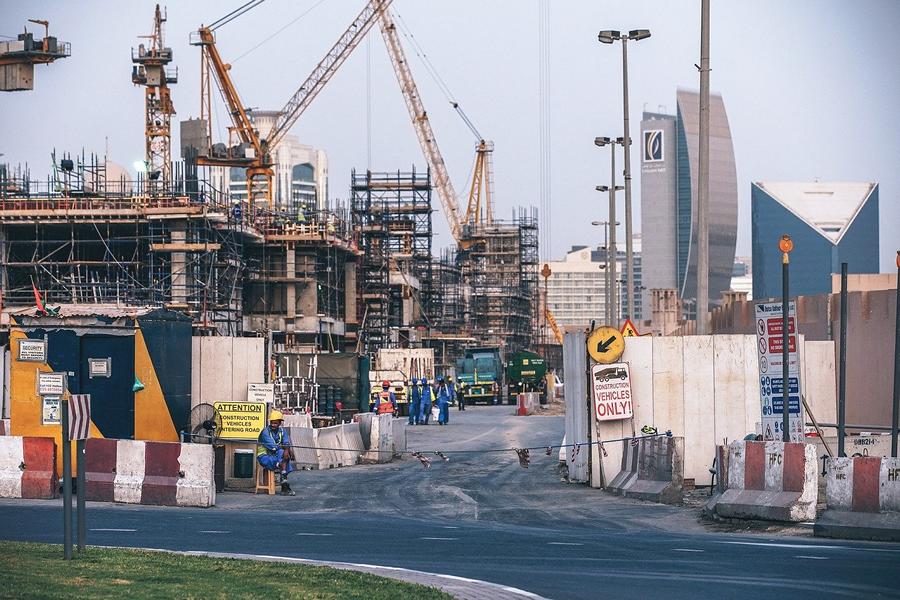 Dust covers the hands of Abu Waida as he pours a bag of cement into a cement mixer. A few scoops of sand complete the mixture and after a few minutes he begins to pour the cement into a mold made of wooden planks. He is thankful for this job which helps him provide for his wider family.

The exact number of Rohingya in the Saudi Arabia is unknown; it has long been a popular destination for many Rohingya refugees, fleeing troubles in other countries. Many travelled on fake passports before the system was digitized, but it is becoming increasingly difficult to enter.

Abu Waida is undocumented, having entered the country on a fake passport. As an illegal immigrant he has to be careful to avoid random patrols and immigration raids on worksites. He fears the authorities will catch up with him, sending him to a detention center and deport him to Bangladesh, a country he has never lived in. For now, he feels safe and is happy to be able to support his family that fled to Bangladesh.

Abu feels privileged to be living in the country where Prophet Muhammad was born, but he is sad he cannot fulfil the pilgrimage to Mecca. He prays regularly and fasts during Ramadan but has many questions about why he and his people face so much suffering.