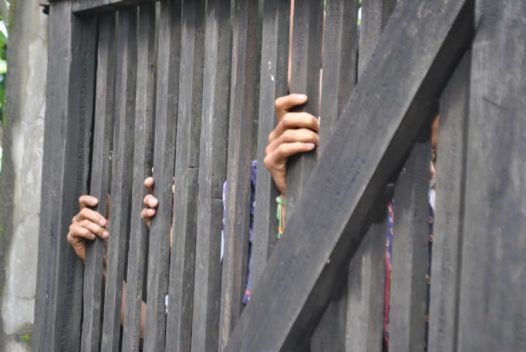 Three Rohingya believers helping to translate the book of Acts had recently reached chapter 16, covering the story of Paul and Silas in prison. Little did they know that shortly thereafter, the story would become all too real to them.

After being arrested for their faith, they were thrown into a crowded prison, whose inmates were prone to fighting and unrest. Within the first few days, the three believers began attending the prison mosque, where they became acquainted with some of their fellow prisoners. After a few days, their new acquaintances began asking questions about faith and the prophets, and before long, a group of five to seven prisoners had joined the three Rohingya believers to gather each morning in a corner of the prison to follow Paul and Silas’ example – singing worship songs, sharing the Word and praying together. The believers also shared food with the rest of the group. One of the believers would share lessons from the book of Acts about praying, loving one’s enemies and forgiveness. As a result of the presence of Jesus in these believers, the whole atmosphere of the jail became more peaceful.

One of the believers was released after a while but the other two were kept in for three months and ten days. A lawyer succeeded in getting the two out on bail. At the time of writing, their case has not yet passed a judge, but they are in good condition. One of the songs they sang included the words: “How wonderful is the power of Jesus. If you have salvation, our dead body will be alive. So what do you fear?” Since being released one of the believers has returned to the jail to visit the new believers, saying: “I just have to go back to my friends and encourage them in their faith and bring some food to them.”